Finite geometry is a branch of mathematics situated within discrete mathematics and combinatorics, which is concerned with the study of discrete objects using geometric and combinatorial techniques. Typical examples are Galois geometry (the study of objects embedded in projective spaces over finite fields), and finite incidence geometry (axiomatic study of geometries). Foundational work and major contributions can be credited to Beniamino Segre (Galois geometry) and Jacques Tits (Buildings). Finite geometry has strong connections with algebraic coding theory, graph theory, finite group theory, algebraic geometry over finite fields, design theory, finite fields, algebraic combinatorics, and more. Applications are typically found in the theory of error-correcting codes (e.g. MDS codes, MRD codes), and cryptography. With the rapid development of computer algebra systems, research problems in finite geometry are often a combination of a theoretical and a computational approach, and theories/conjectures are usually motivated/supported by computational evidence. The aim of this school is to introduce some of the main concepts in finite geometry, to increase the audience's knowledge of the many results and conjectures, to introduce some techniques available in computer algebra systems to approach problems, to provide an opportunity for PhD students to discuss and share their own projects, and to enable mathematicians in this area to meet and plan scientific collaboration.

The Summer School on Finite Geometry is part of SCALE.

To register for the school, please use the registration of SCALE2022 link.

The purpose of a lot of research in finite geometry is to establish relations between objects of different kinds. For instance, linear codes can be studied from the point of view of special subsets in projective space. Projective planes arise from partitions of subspaces. Design theory is often inspired by geometric constructions which take place over finite fields. Cubic surfaces depend on arcs. Quartic curves depend on cubic surfaces. Group theory is the glue that holds everything together. In order to illustrate these connections, experimental work is helpful. In order to do the experiments, we need to utilize computer algebra systems. Orbit algorithms are key to successful exploration of small cases. In this presentation, we will look at some small examples of structures and groups. We will run through some examples of constructions of objects and classification issues by means of computer algebra systems. Our emphasis is on discussing the system Orbiter, which is aimed at the problem of classifying objects up to isomorphism. 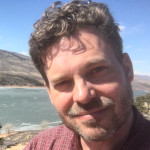 The basic philosophy of FinInG - Finite Incidence Geometry - is to easily explore geometries over finite fields, including finite projective spaces, finite classical polar spaces, and generalized polygons. This software package is distributed as part of GAP, the well known, open source, System for Computational Discrete Algebra. First we briefly introduce the basic geometries over finite fields, i.e. finite projective spaces, finite classical polar spaces, and their isomorphism groups. Then we focus on particular cases. These include the search for large, extremal structures in finite classical polar spaces, graphs associated to embeddable unitals, and objects obtained from field reduction. The use of other particular packages for GAP, e.g. to work with graphs and unitals combined with fining, will also be demonstrated. 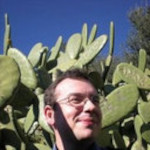 Polynomials over finite fields and applications

Every function \(f\) from a finite field \({\mathrm{GF}}(q)\) to itself can be represented by a polynomial over \({\mathrm{GF}}(q)\). The shape of the polynomial reflects properties of the function. These properties can be algebraic, e.g., an additive function is represented by a \(p\)-polynomial, i.e., a polynomial in which all the exponents are powers of \(p\), the characteristic, or they can be geometric, i.e., they can describe some combinatorial properties of the graph \(\{(x,f(x)) : x \in {\mathrm{GF}}(q)\}\) of \(f\) as a point set of \({\mathrm{AG}}(2,q)\). Given a point set \(S\) of a finite Desarguesian plane or space, polynomials in one or more variables can be associated to \(S\) and the information gained from these polynomials can be translated back to a geometric meaning. In this course we will discuss polynomials which have been linked to classical, or in some sense regular, point sets of finite affine and projective spaces. These point sets often correspond to extremal (error-correcting) codes in the Hamming metric, while \(p\)-polynomials can be used to construct ‘the best’ codes in the rank metric. 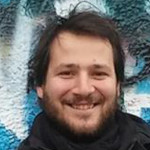 In this course we will introduce algebraic geometry codes, discuss their construction and their decoding. Since the introduction of these codes in the 1980's many developments took place. In the first place the underlying geometric objects, namely algebraic curves and varieties with many points have been understood in a better and more explicit way. In the second place faster decoding algorithms have become available. In the course we will discuss some explicit constructions (such as Hermitian codes) and consider several decoding algorithms, among others the basic algorithm and the Guruswami-Sudan list-decoding algorithm. 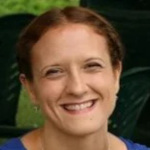 One of the most natural ways of representing a finite geometry is using a matrix of some kind. Through these representations, finite geometries let us obtain interesting examples of distance regular graphs, association schemes, and combinatorial designs. We will look at some of these related structures, and learn how matrix techniques can be used to study important extremal substructures of these geometries. In particular we will look at how combinatorial objects such as ovoids, spreads, and Cameron-Liebler sets (and various generalizations) are related to the eigenspaces of the matrices associated with the geometry. We will also look at how we can use Linear Programming models to search for some of these combinatorial objects. 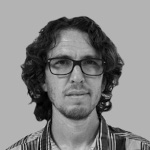 The summer school will take place in Minerva Palas (Sabancı University, Karaköy) in the center of Istanbul.